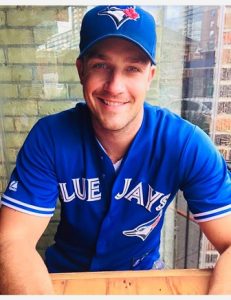 It is with great sadness that we announce the sudden passing of Callum James McDougall on August 1, 2022 at the age of 36 years.

Callum was born on April 23, 1986, in Owen Sound. He was currently living in Miami, Florida but spent most of his school years living in Southampton, Ontario. He attended GC Huston Public school and Saugeen District Secondary School. After graduation he studied Electrical Technology at Mohawk College in Hamilton, Ontario. Callum then started his career working with renewable energy technology, wind turbines and solar power. This work resulted in much travel around North America and China, and ultimately a move to the USA. His current position was Business Manager for a major electrical equipment corporation with focus on the marine vessel sector.

Callum was bright and intelligent. He was a very active and creative child, industriously making his own props to enact characters from his favourite movies. He loved sports and was an avid Patriots, Blue Jays, Leafs and Raptors fan. He also adored music and knew every Beatles song. He was very proud of his Hofner bass guitar and could play many tracks just like his hero Paul McCartney. Callum could often be found with a huge smile on his face moshing and crowd surfing at the concerts of his favourite punk rock bands. He also enjoyed being outdoors with his friends, the highlight of the year being the annual float down the Saugeen River on the ‘May 24 weekend’.

Callum was a very gregarious and social person and made a lot of friends throughout his life. The most common description of Callum was that he would “light up the room” when he walked in. He loved Southampton and was fiercely loyal to the friends he grew up with in this beautiful community. He also made many friends on his travels.

Callum was also very much loved by his family in the UK with whom he maintained contact, despite the distances involved. Missing him greatly from the McDougall family are his Grandma May McDougall, Uncle Kevin McDougall, Aunt Alison Williams (Chris), and cousins Fiona Stanley (Russell) and Melanie Rossitter (Andy Thomson) and their children. Also feeling the loss are the Cotterill family, Uncle Philip Cotterill, Aunt Julie Huntingford, and cousins Luke Huntingford and Steffi Huntingford. Callum was also much loved by his extended family in Canada and around the world. Also important in Callum’s life were grandparents who passed away earlier, May Cotterill, Harry Cotterill and George McDougall.

Callum’s family have truly appreciated the immediate support of his friends and community as we deal with this tragic loss. He will not be forgotten.

A private viewing was held by the family on August 4th followed by cremation.

There will be a gathering to share our memories of Callum at the Lakeshore Racquet and Recreation Centre, in Port Elgin, Ontario on Friday August 12, 2022, between the hours of 2 and 5 pm. There will be a pause for formal remarks at 3pm. For those of you unable to attend in person, you are welcome to join via video link at: https://zoom.us/j/99095086218. This link will become active shortly before 3pm Eastern Daylight Time.

The family request that in lieu of flowers that you consider donating to the fundraising campaign for the Saugeen Memorial Hospital, in Callum’s name. A link to do so is provided here: https://gofund.me/90f5854a. 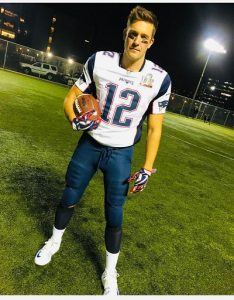 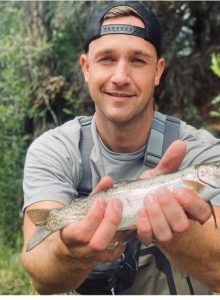