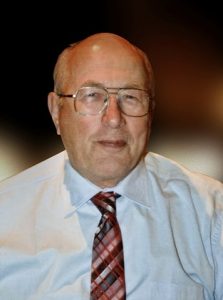 A Service to Celebrate the Life of Charles Feddema will be held at the Port Elgin United Church, 840 Bruce St, Port Elgin on Saturday August 27, 2022 at 11 a.m. Interment Sanctuary Park Cemetery, Port Elgin. A Time of fellowship and refreshment will follow at the Port Elgin Curling Club, 818 Gustavus St.

Feddema, Charles ‘Jelle’, passed away suddenly but peacefully at the Southampton Hospital on August 23, 2022 at the age of 79 with his family at his side.

Charlie is survived by his wife of 55 years, Ellen (nee Galbraith),  his sons; Jim, and his partner Cara, and Ken and his wife Michelle.

He will be dearly missed by his grandchildren Nolan and Eva and Cara’s sons Jack, Sam and Wesley.

Charlie is also survived by his siblings Margaret, Tina, Jean, Lukie, her husband Art and John and his wife Jenny and by many nieces and nephews.

Charlie was predeceased by his daughter Anne Marie (2000) and by his parents Gosse and Theodora and Ellen’s parents Fraser and Freddie.  He was also predeceased by siblings, Pieter, Anna, Alma, Ernest, Bob, Louise, Edna, Peter and Tom.

Charlie was born in Friesland, the Netherlands on November 10, 1942.  His family immigrated to Canada in 1947 where they landed in Blenhiem, Ontario.  They moved to Parkhill and eventually settled in Kerwood where he would meet Ellen Galbraith, who he married in 1966.  Charlie and Ellen began their life together in Oshawa where Charlie began a Millwright apprenticeship at General Motors and he and Ellen started their family.

In 1977 Charlie and Ellen moved with their children Jim, Ken and Anne Marie to a farm in Underwood and Charlie began a respectable career with Ontario Hydro as a Millwright.   Charlie took an early retirement in 1994 to pursue his dream of running his own business, Chasco Machine Repair and Welding which he successfully, faithfully and happily operated until August 23, 2022.   Charlie’s extraordinary machining talent and strong work ethic was well known and admired by his many customers and friends who would often stop bring him a coffee and stop for a chat.  Charlie could fix anything but a broken heart!!

During his downtime you could find Charlie in his chair cheering on his favourite teams, the Toronto Maple Leafs and Blue Jays or reading the newspaper.   He loved family dinners and gatherings and especially looked forward to beating everyone at Euchre during the annual Feddema Family Christmas.  Charlie’s vast wisdom and easy humour will be missed, but never forgotten by his many friends and his family.

A Service to Celebrate the Life of Charles Feddema will be held at the Port Elgin United Church, 840 Bruce St, Port Elgin on Saturday August 27, 2022 at 11 a.m. Interment Sanctuary Park Cemetery, Port Elgin. A Time of fellowship and refreshment will follow at the Port Elgin Curling Club, 818 Gustavus St.

If desired, memorial donations may be made to the Saugeen Memorial Hospital Foundation or to the Heart & Stroke Foundation.