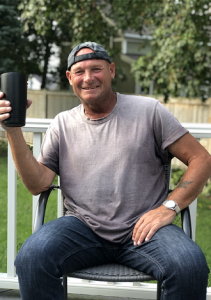 It is with heavy hearts we share the loss of Cory Walton on Friday, October 8th in his 61st year.   As were Cory’s wishes, he was surrounded by those he loved and comfortably on the deck in the place he called home.  During the last five years Cory struggled with multiple health challenges including cancer.  He chose the date and location and was in control of the end of his life.   On behalf of Cory,  our family would like to thank Dr Diane for her care and compassion over the last many years and Dr. Tara Somerville for her kindness as she helped guide him, and all of us, through this last chapter in his life.

While the last five years have been difficult, it was also a time where Cory was able to celebrate some of life’s most memorable moments.  He was able to witness the love that his son Jake had for Priscilla, enjoy their wedding and become a grandpa to beautiful Clark.  Over the last year Cory spent a considerable amount of time with Clark, either in person or on constant facetime calls where she always made him smile and brightened his days.    Cory was delighted when his daughter Nicole met and fell in love with Sean Lalonde and she instantly became a stepmother to Ava and Connor, adding more love to our family.  Cory was so excited to achieve a life long goal of walking Nicole down the aisle at her wedding and sharing in a very special father/daughter dance.  Most recently, he was delighted that Nicole’s daughter Olivia was born on September 29th which meant he had the opportunity to meet his newest grandchild and participate in Nicole’s happiest moment, having fulfilled a dream of hers to be a mom.

Cory was a gentle and loving man.   He was raised in Port Elgin and enjoyed many life long friendships .  He knew every inch of Saugeen Shores and was an avid lover of cars and trucks.  In the early 80’s Cory would drive the main street of Southampton in his black grand prix with the music going, sporting a jean jacket and a ball cap.  He was in his element, with his blue eyes sparkling and a big smile!   .

At the time of his passing, he was surrounded by Nicole, Jake and their families, along with his most trusted friends Mary and Robert.   Mary’s mother Helen Reeve (Putnam) who he affectionately referred to as “mom” stayed by his side as well.  It was “mom” who took care of him these last several years and demonstrated her unwavering support during his illness. Cory always took great delight in a good meal and that never changed!

Our wonderful blue eyed Cory was predeceased by his dynamic mother Diane White, her loving and kind husband Don White, his only sibling Marc who passed away in 1986, along with his gentle warm father with matching blue eyes, Wes Walton.

Cory is survived by his step mom Vivien Walton, a wonderful and kind person,  along with her children.  He had a special relationship with his Auntie Margo who was often in Southampton these last few years sharing in our special moments.  He also leaves behind the Putnam siblings who loved him dearly and many nieces and nephews including Stephanie, his brother Marc’s only child.     We will all miss his twinkling blue eyes, bonfires, taco nights and an occasional cocktail.

Cory was loved by so many and over the last several months was able to personally say goodbye to many of his oldest friends who visited our back deck – there was always lots of laughter (and beer) when the boys came over.   A special thank you to his many friends and family who were there every step of the way.  Our memories go back far and over the last many months we have remembered some of the best times together.  He will never be forgotten.

We will have a celebration of life in the spring at which time we will lay Cory’s ashes at the base of our beautiful maple tree overlooking the lake, along with his treasured mother Diane. 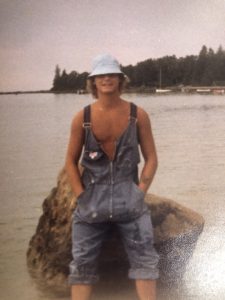 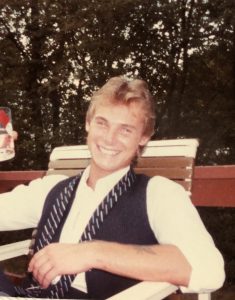 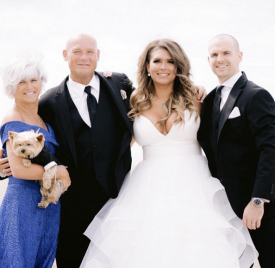