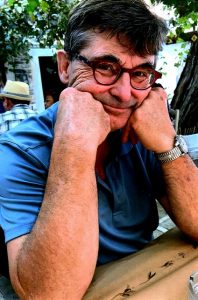 A celebration of life will take place at a later date.

Writing one’s own obituary is hard.  First of all, it’s gut-wrenching, confronting the imminence of one’s death.  Secondly, it’s a job that requires an editor:  I have so much that I want to say, but I don’t want to bore the reader.

Although it’s highly unoriginal, it’s easier, I suppose, to start with with the good old “David Udall died today, survived by …”   But, why not?  Having spent so much of my life making things harder than necessary, perhaps, for once, I can take it easy.

… survived by the light of his life and apple of his eye, his wife, Sal Laba; his son, Mike Laba of whom he is so proud; his daughter-in-law, Briana Laba (who has proved herself to be a perfect partner for his son, strong yet caring) and his impishly delightful grandchildren,  Finn and Emmi.

His siblings, and their respective partners and progeny (Jean Udall and her daughters, Liz and Bella; his brother, Jim, and his wife, Sherry, and their children, Tyler, Caitlin, and Brittney; and the youngest of the musketeers, Rick, and his wife, June will miss him terribly.

As a tiny child, David was curious.  In fact, to the very end, he was curious and could never understand why adults seem to lose their curiosity.  All his life, he continued to fan the flames of his childhood curiosity,

For the longest time, he floated from one interest to another, always excelling, no matter what the field:  maths and the sciences, theatre and drama, calligraphy and drawing, languages and music, psychology and philosophy.  He owned and operated the first genuinely “up-scale” restaurant in Southampton, Van Horne’s.  David was a Jack-of-all-trades, whose motto was I can make this work; all I have to do is think.

In his thirties, he decided that he would become a high school teacher, in spite of the fact that his own schooling was lacking in so many ways.  (As one of his ex-students told him years later, he showed by his own example that “there was another way to do things”.)  Being a teacher allowed David to be so many different characters – entertainer, salesman, clown, mentor, parent, mediator, repairman, iconoclast – all of which were genuinely David.  As both a student and a teacher, he had a passion for languages (francophones were constantly amazed that he could pass for a native speaker in any context), but as a teacher, his goal, no  matter what the subject, was to have his students think and feel.

David was not a planner (he loved to “wing it”); he lived as a hopeful romantic.  Too often he gave his heart away unthinkingly, but, in the end, against astronomical odds, he found his true soul-mate in his wife (I warned you that he was a romantic), Sal Laba.

He will be remembered for his nimble brain and turn of phrase, for his generosity of spirit, for his kindness and for his unfailing good humour (this, in spite of the fact that he battled depression most of his life.)

A celebration of life will take place at a later date.

If so desired, donations in honour of David may be directed to the Southampton United Church, to the Angel Fund at the Southampton Pet Hospital or to the GC Huston Breakfast Club. Arrangements entrusted to the Eagleson Funeral Home, Southampton. 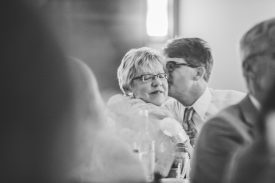 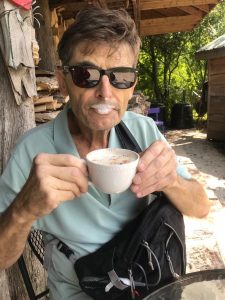 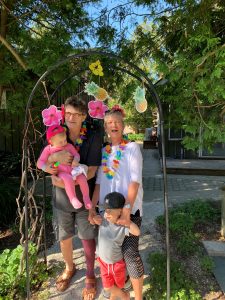