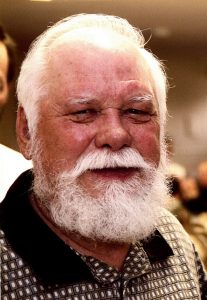 A celebration of life will be held in Thunder Bay at a later date.

He is survived by his loving children Lorrin, Kevin, Stirling (Wendy), adopted son James, grandchildren Dalton & Jazmyn who he absolutely adored. Also survived by his sisters Marlene, Gayle, Lynn and brother in-law Harold (Judy) along with several nieces and nephews. Predeceased by Gale, his wife of 52 years, brother Jerry and parents Johnny, Edith, and step-mother Mary.

“Honest” Don, as he was known to many, was born in Port Arthur in 1938. His work life found him holding several delivery positions which suited his personable and social demeanor. He was a uniformed member of the Canadian Forces reserves and McGillivray Pipe Band and had a decades long career within the grain elevators on the shores of Lake Superior in Thunder Bay. Driving school bus was a large part of his working life and a pastime he truly enjoyed during slow times at the elevators and throughout retirement.  His driving services were frequently requested due to his fun-loving energy and outgoing nature which included costumes for every festive occasion, team and organisation.

Don was a dedicated husband, father, grandfather and active within the community.  Sharing his experiences through service work was a lifelong commitment.  He was busy in various groups including scouts, local choirs, musical productions, and committees at the First Presbyterian Church in Thunder Bay where he was an elder.

His sense of humour helped forge friendships that lasted a lifetime. His quick whit and ability to recite a story or a joke (no matter how many times you’ve heard it) was sure to get a laugh or at the very least a groan. A deck of cards and crib board were never far away. Evening and weekend crib tournaments were the norm when family and friends were around.  However, his true passion, was donning his Santa suit at every opportunity to spread Christmas cheer and hand out candy canes.

Don moved to Southampton four years ago to be closer to family. Many heartfelt thanks go out to Dr. Gibb and everyone who contributed to the warm welcome and outstanding care he received while at Hampton Court and Southampton Care Centre. Their patience and compassion are second to none.

Cremation has taken place. A celebration of life will be held in Thunder Bay at a later date. If desired, memorial contributions can be made to Hampton Court, Southampton Care Centre, or a Shelter House in your area.