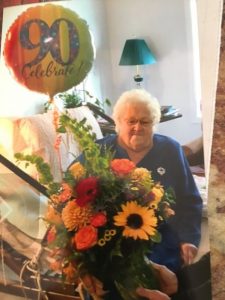 Please copy the link below and paste on a new web page to watch the recording of the graveside. It will take a few minutes to download.

Remembered by her siblings Joyce Thede, Fred & Dawna Ziegler, Merv Ziegler, and Velma & Alex Thornburn, and by many nieces & nephews. Predeceased by her parents Roy and Hilda Ziegler, by her brother Kenny Ziegler and by her brother-in-law Murray Thede.

A Public Graveside Service will take place on Thursday August 5, 2021 at 11:30 a.m. at Sanctuary Park Cemetery, Port Elgin. If desired, memorial donations may be made to the Saugeen Memorial Hospital Foundation or to the Huron Shores Hospice.