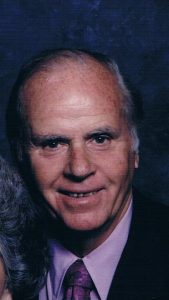 Doug was employed with Orenda Engines in Malton, Ontario during the exciting development of the AVRO Arrow Jet Fighter in the 1950’s.  He retired from Orenda January 31, 1985, and shortly thereafter moved to live permanently in Southampton where most of his immediate family still reside.  Doug was also an RAF Veteran of WWII.