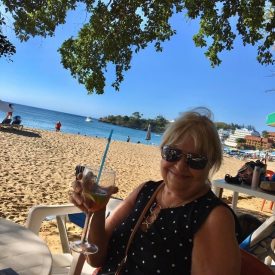 A Gathering to Celebrate the Life of Janet Kirvan will take place on Saturday July 30, from 1-5 p.m. at 235 Bruce Road 13, Southampton.

Kirvan, Janet (nee McCarthy): March 5, 1946 to September 29, 2020. Passed away peacefully at the Southampton Hospital at the age of 74. Proud and loving mother to Linda Kirvan and her husband Michael Zweig, Robert Kirvan and his wife Natalie, and Dan Kirvan and his wife Christine. Adored grandmother to Sidney (Linda), Abby, Megan, Emma (Rob), Hazel, and Florence (Dan). Predeceased by her parents: Dot McCarthy (nee Grant) in 2010 and Roy McCarthy in 2016.

Janet was diagnosed with cancer about four months ago and passed away peacefully on the morning of September 29th. She was born and raised in Halifax, and moved to Ontario in 1967. She lived in Southampton, where she was a nurse, since 1977. Over the last eight years, Janet also had a residence in Halifax, where she cared for her father.

Janet was a nurse in Ontario, the United States and in Nunavut. She was a grandmother, a friend, a daughter, a mother, and an enthusiastic traveller. She was so many things to so many people. We love her, we miss her and will never stop thinking about her.

A Gathering to Celebrate the Life of Janet Kirvan will take place on Saturday July 30, from 1-5 p.m. at 235 Bruce Road 13, Southampton. 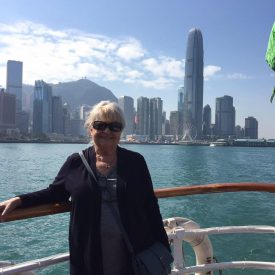