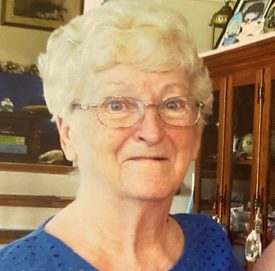 Today we saw the power blood sugar data Diabetes Meds G of the ghost giant formation, but next time I come, I will definitely break your ghost giant formation. doxycycline 100mg where to buy it In 2019, 25 countries, territories and areas provided data to GLASS on blood- stream infections due to MRSA and 49 countries provided data on bloodstream infections due to E.

Visitation from the Eagleson Funeral Home, Southampton on Monday August 22, 2022, from 12:30 – 2:30 p.m. A Graveside Service will be held at the Southampton cemetery on Monday at 3 p.m.

Expressions of Remembrance to the Saugeen Memorial Hospital Foundation.