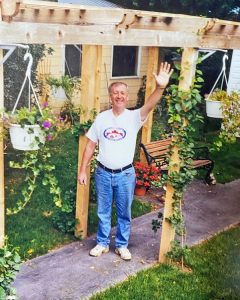 D’Arcy, Kerry William passed away at the Southampton hospital in the early hours of April 30th 2022 at the age of 81.  Kerry had fought hard in a long battle with Parkinsons’ disease.

He will be dearly missed by his grandchildren Brady, Reese, Jessica, Jordan, Maddy and Mya.

Kerry is also survived by his brother Dean and his wife, Sue and his sister Cleo and her husband, Dale DeCoppel along with his nieces Brooke (Mitch), Brandi (Carlos), Jeryn and Calyssa-Rae (Scott).

Kerry was predeceased by his partner, Kathleen Craig and his mother, Patricia Symons.

Kerry and his family relocated to Port Elgin from Woodstock in the early 1970s’ where he joined his mom in running The Queen’s Hotel.  He witnessed the many changes that both the hotel and the town went through.  From a small-town hotel in the days when it closed over dinner time, there was a small corner bar area, the closing time was midnight and you could almost always find him behind the bar making sure the patrons were looked after to many years later when there were many a raucous night with a full house, DJ Mugsy’s Music, live bands such as Lulu’s Roadhouse Band, a closing time of 2:00 am and you could still find him behind the now renovated bar serving some of the same patrons and many new ones.

Over the years, Kerry was always happy to sponsor The Queens fastball team and he could always be seen at the Sunoco’s’ hockey games where he could be found pacing in the hall if it was a close game.  Kerry was not only a proud supporter of this team, he was also the General Manager who was responsible for bringing in some of the players that helped the Sunocos win the Ontario Intermediate Championship in the late 70’s. He was able to celebrate this with his brother Dean who played on the team.  He had lots of stories from riding the team bus and the shenanigans that went on.  His love for hockey took him to many games “with the boys” and still more of those stories.

The love of his life, Kathleen, kept him on his toes.  He loved her cooking and her zest for life and through Kathleen came his latest love, Newfoundland and his East Coast family.  He loved the lifestyle and felt very at home there with his extended family.

Kerry’s family would like to thank the wonderful care that he received from Dr. Dickie, Dr. Billings and all the nurses that cared for him during the last 2 weeks at the hospital.

We would also like to thank Mary and her caring staff at Hampton Court for the last few years that he lived there.

There will be a private family gathering for the internment.

If desired, memorial donations may be made to Parkinsons or a charity of your choice. 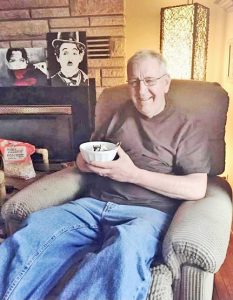 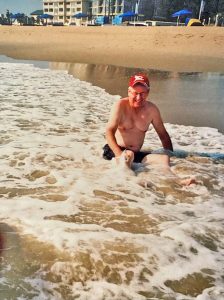 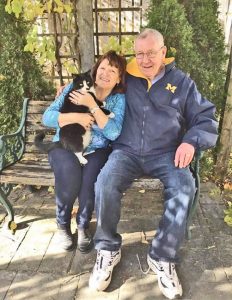