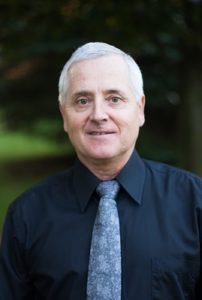 There was a Celebration of Life gathering that took place on Sunday, March 1, 2020 at Lakeshore Recreation from 2-5pm. Port Elgin Masonic Lodge #429 held a masonic service at the Lakeshore at 1:45pm.

CARR, Lawrence “Larry” Stanley – Larry was born on December 7, 1955 in Pembroke, Ontario. He lost his hard-fought battle with cancer on February 23, 2020, peacefully, at home with his family. Larry will be greatly missed by his wife, Cindy (née Seiler), his son, Greg (Steph), and daughter, Kristen (Scott) Robinson, as well as his sisters Catherine (the late Ken) Paddon, Debbie (Hec) Kingswell, his brothers Wayne, Ken (Lynda), Ron, Jim, and David (Mary Pat). He was the proudest Grandpa of his newborn grandson, Maxwell Stanley Carr, and enjoyed every second he spent with him in their short time together. He is also predeceased by his parents John and Phyllis Carr, and his sister Marilyn Hills. Larry will also be missed by the Seiler and Lambert families, and his many nieces, nephews, colleagues, and dear friends. Larry moved to Port Elgin in 1963 and has called this town home ever since. He graduated Optometry School at the University of Waterloo in 1979 and ran a successful Optometry practice for 40 years (“Dr. Carr’s office”, later called Saugeen Shores Family Eye Care when his son and daughter joined him). He was a member of the Port Elgin Masonic Lodge and the Bruce Shrine Club. He was an active person who loved biking, walking, camping, and many years of hockey in Saugeen Shores. You would often see him walking along the shore or on the trails with his wife, frequently accompanied by one of his two grand-dogs, Dazy and Charlee. The most important thing in the world to Larry was his family and it showed in everything he did. Larry was a kind, loving, humble, energetic, and incredibly hard-working man. He was a selfless individual who enjoyed life beyond measure and was the most amazing husband, father, grandpa, brother, uncle, optometrist, and friend. From the bottom of their hearts, the family want to thank Dr. Marriott and the entire medical team who helped Larry. They greatly appreciate everyone’s care and compassion, and for going above and beyond to assist them throughout this difficult year. There was a Celebration of Life gathering that took place on Sunday, March 1, 2020 at Lakeshore Recreation from 2-5pm. Port Elgin Masonic Lodge #429 held a masonic service at the Lakeshore at 1:45pm. In lieu of flowers, donations can be made in Larry’s honour to the Saugeen Memorial Hospital Foundation or the ICU of the Owen Sound Hospital