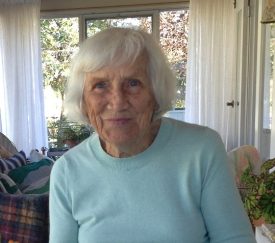 Mina was born into a family of eight siblings in Maidstone, Ontario to Scottish immigrant parents. She trained and graduated as a Registered Nurse in 1943 at Grace Hospital School of Nursing, Windsor, ON. In 1946, Mina married her lifelong partner, Jack and raised three daughters. After settling in London and later Tupperville for many years, she lived her best life in Southampton for over 40 years.

Mina was a lifelong caregiver with many interests including decoupage, bread making, knitting, rug braiding and needlework, but her greatest passion was gardening and sharing her love and knowledge of plants, trees, and wildflowers with her friends and family. Her gardens were spectacular with wonderful specimens and varieties that thrived in a cold climate along the shores of Lake Huron. She was an inspiration to many people.

Mina enjoyed many friendships through her involvement with community groups including Body & Soul of St. Andrew’s Church, Ladies’ Aid (currently Saugeen Memorial Hospital Foundation), The Quilting Group, and as a founding member of SouthPort Horticultural Society. Her contributions of flower arrangements beautified St. Andrew’s Presbyterian Church on many occasions.

Jack died in 2001 and Mina lived her final years with her daughter, Janet. She died peacefully and will be laid to rest quietly beside Jack.

Mina would encourage you to plant a tree or hardy perennial in your garden in a place where you can watch it flourish and remember your loved ones. 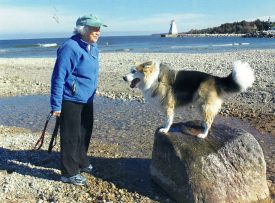 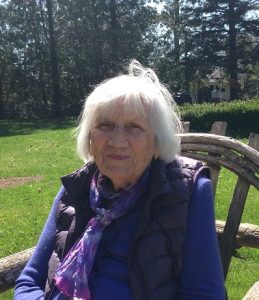 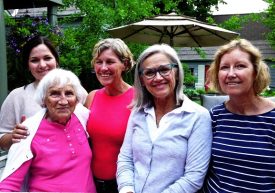