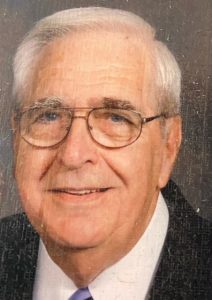 It is with great sadness we announce the passing of Reginald Jack McArthur on Thursday, January 28, 2021 at Scarborough Grace Hospital at the age of 84.

He is survived by his sisters-in-law, Gladys Eby, Shirley Masterson, and Wilma McArthur, and his many nieces and nephews. He will be greatly missed by all his family and many friends.

Reg was born in Paisley, Ontario on September 3, 1936 and moved to Port Elgin, Ontario at the age of three. He moved to Scarborough in 1956 where he started his career as a Teacher and eventually went on to become a Principal with the Toronto District School Board. Reg enjoyed his retirement years travelling and spending time at the family cottage in Dunchurch, Ontario, as well as cheering on the Toronto Maple Leafs. He was an active member of Knox United Church in Agincourt until his passing.

Due to current restrictions, a private family funeral is to be held Tuesday, February 2, 2021 at Ogden Funeral Home. Online condolences and livestreaming of the service may be found at www.ogdenfuneralhome.com. In lieu of flowers, donations can be made in Reg’s name to Canadian Diabetes Association or JDRF.