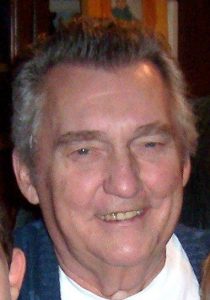 Cremation has taken place and a Celebration of Life will be arranged at a later date.

Richard, who was of German descent, came to Canada from Europe in 1948 where he lived in Windsor until 1953 at which time the family moved to Kitchener.  During his high school years, he excelled at sports, became a public speaking champion and enjoyed playing the guitar. After high school, he took an apprenticeship with a local company and became a plumber and joined the Plumbers and Steamfitters U.A. Local 527 of which he was a member for over 50 years. He worked as plumber in the Kitchener area for several years before moving to Saugeen Shores (Southampton and Port Elgin area) with his family in 1970 where he worked at Douglas Point (now Bruce Power) for over 15 years until an injury prevented him from working.  Since then he devoted himself to spending time with family and friends, his love of history, cheering on his favourite sports teams (and there was one for every sport!!) and working on the many DYI projects he always had on the go.

He will be greatly missed and fondly remembered by his family and friends.

The family wishes to express sincere gratitude to all the doctors and staff at all health care facilities for their incredible care and support over the past several years. Cremation has taken place and a Celebration of Life will be arranged at a later date.  As an expression of sympathy, memorial contributions can be made to our local hospice or hospital.