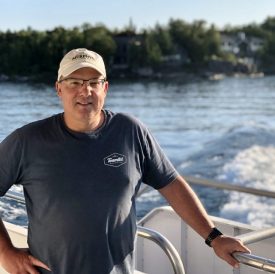 To view recording of Rick's Service, please copy the following and paste on to a new webpage, thank you

Rick passed away at the Southampton Hospital on Saturday, February 27, 2021 with his wife by his side at the age of 54.  Loving husband to Carla Pavlov (nee Rathburn).  Wonderful father of Dylan Pavlov.  Sadly missed by his parents Pauline and Mike Pavlov. He will be fondly remembered by his Mother-in-law, Nancy Rathburn of Sarnia, Ontario and Brother-in-law, Kevin Rathburn of Naples, Florida USA.   Remembered by many Aunts, Uncles and Cousin’s. Predeceased by his grandparents Helen and John Pavlov of Hamilton and Sina and Wasyl “Bill” Szczuryk of Hamilton and his Father-in-Law, George Rathburn of Sarnia.  Rick was an amazing father and enjoyed many sports.  He excelled in golf and was an avid fan of the Dallas Cowboys football team and the New York Yankees Baseball team.  Rick was a proud father, excellent guitar player and enjoyed “Jamming” in the Mancave with his son, Dylan.  He even enjoyed building electric guitars for other musicians in his spare time.   The whole family enjoyed boating on the St. Clair River, Lake Huron from Sarnia to Southampton and fishing in the Saugeen River.  Rick was often called “Captain Rick” by friends and family.

Rick was diagnosed with Glioblastoma, an aggressive and incurable brain cancer, in May 2018.  He knew this day was coming and his response was to do something good with his illness and tell his story for the “Light the Way” Campaign.  Rick found the light in the darkness by helping to raise money for a new MRI in Owen Sound, Ontario with the Saugeen Memorial Hospital Foundation in Southampton, Ontario.  If desired, in his honour please consider memorial donations to the Saugeen Memorial Hospital Foundation or to the Canadian Brain Tumour Foundation.

Due to covid restrictions, a private family visitation and funeral Mass will be held Friday, March 5, 2021,  2:00 – 3:00pm at Eagleson Funeral Home, Southampton, Ontario. Ricks wishes were to be cremated. 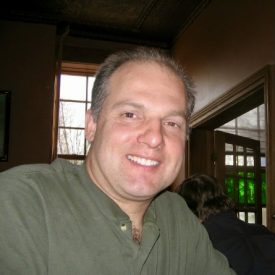 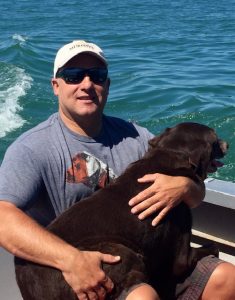 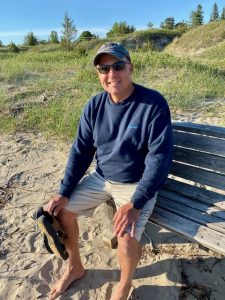