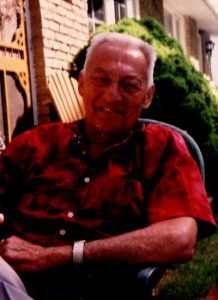 Due to Covid-19, a private family funeral mass will be held at St. Joseph’s Church, Port Elgin where Robert was a proud member.

Hummel, Robert Martin Francis, passed away peacefully at Elgin Abbey, Chesley surrounded by family on Thursday October 1, 2020 at the age of 85. Dear father of Shelley Lewis (Don Robinson) and Lorie and her husband Jeff Carmount. Sadly missed by his grandchildren, Jenna (Kevin), Kirstin (Chris), Ali (Jeff), Spencer, Clint, Garrett, Claudia, and by his great grandchildren, Aubree, Audrey, Ella, Nora, Eli, and Emberly. Survived by his sister Beverley Burr, by his nephews, Mark (Claire) and Brad. Predeceased by his parents Arthur & Doris and by his brother in law James Burr

Born August 21, 1935 to Doris & Arthur Hummel at St. Mary’s Hospital, Kitchener. Bob attended St. Clements School in Preston, Ontario. He played in the Preston Scout Bugal Band. His career was with CNR for twenty four years. Bob moved his family of two daughters Shelley & Lorie to Dade City Florida in 1976. He had a business, Peek’s Motel & Restaurant for 14 years. In his retirement he spent six months in Florida with his partner Lucille Kersey and six months in Saugeen Shores area with his daughters and grandchildren.

Bob led a charmed life that allowed him to spend his winter in Florida. He loved the sun and beach, his dog Helga, playing cards, and old classic cars.

Appreciation is expressed to the caring staff at Elgin Abbey, Chesley, who provided truly outstanding care.

Many thanks and gratitude to Dr. Byron Mulroy and Jackie, Owen Sound Hospital for their many years of knowledge and compassion.

Due to Covid-19, a private family funeral mass will be held at St. Joseph’s Church, Port Elgin, where Robert was a proud member.

In lieu of flowers, memorial donations may be made to the Grey Bruce Hospital Foundation for the Geriatric program, to Elgin Abbey, Chesley, or to the St. Joseph’s Parish, Port Elgin. 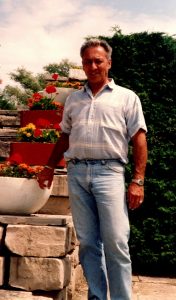 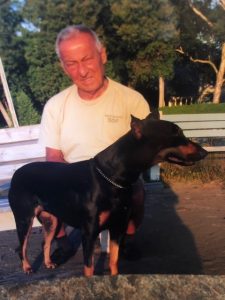 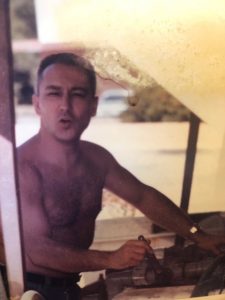