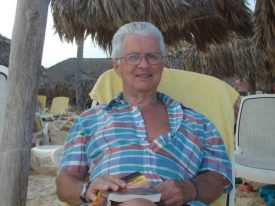 There will be a private family service on Saturday Oct. 24 at 1 pm at Southampton Cemetery.

Stanley ‘Stan’ Charles MacDonald passed away peacefully at the Southampton Care Centre, on October 17, 2020 at the age of 86. His passing leaves an emptiness in our hearts but also a sense of peace because he is finally reunited with his forever love, our mom.

As a young man, Stan left the family farm and moved to Fergus, ON to pursue a career in accounting. He and Betty were married, they started their family, and raised the kids in Waterloo, ON. Stan worked almost four decades at Uniroyal Chemicals in Elmira, ON. Upon retirement, he was told he had earned a gold watch. True to his Scottish roots and character, he spent 18 months researching the best deal. Frugal was in his DNA.

A simple man, nothing made Stan happier than puttering around the cottage with Betty, reading a good book, spending time at the beach in Southampton watching his grandchildren play in the sand and waves, or taking trips out to Chantry Island in his little tin boat with kids in tow. He especially loved his quiet time in his work shed at the cottage, where he would spend hours tinkering away listening to the local news, the Blue Jays, and getting weather updates on his portable radio.

Mom and dad were all about family and we have wonderful memories of many visits to Kelowna, Denver and Lake of Bays. He was a kind and honest man. One who will be missed, every single day. The disease of Alzheimer’s stripped him of so much, but it never diminished his inherent goodness. He was a smiling, gentle presence at Southampton Care Centre until the very end.

Rest in peace dad. You are finally home.

The family would like to thank the wonderful, self-less caregivers at Southampton Care Centre who took such good care of dad in his final year. They are angels. There will be a private family service on Saturday Oct. 24 at 1 pm at Southampton Cemetery.

Expression of sympathy and donations to the Alzheimer’s Society of Canada would be appreciated by the family. 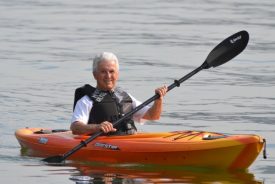 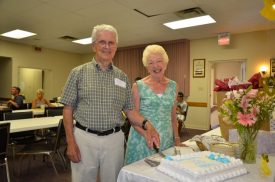 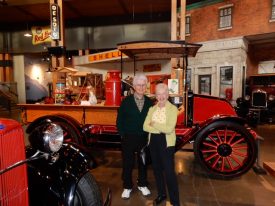