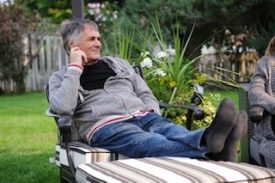 Husband and soulmate to Carolyn for 43 years. Two small town kids that he said did alright for themselves. They bought a house, made a home, grew a family, and established many friendships, and grew their “chosen family” along the way.  He always said that all he needed was his family, and as the song goes “if all I’ve got is your hand in my hand, then I could die a happy man”.

Father to Mandy “Daddy’s Girl”, Chris “the favourite” and his wife “Gentle” Jenna, and proud new Grandpa to “Princess” Ayla.  Predeceased by loving parents Harvey and Mary Allen, adored by Ruth and the late Robert “Bob” Moore. Terry will be greatly missed by his siblings, in-laws, nieces and nephews – they could always count on him for anything and everything.

Terry had a fulfilling career spanning 40 years, starting with Ontario hydro in 1978 and ending with what is now Bruce Power.

He coached and played on many hockey teams, skated, golfed, curled, played baseball and enjoyed watching his children grow in music, sports and life; forever proud.  He touched many lives, and never looked for accolades, helping many strangers along the way.

He said there was a country song about everything – you just have to listen to his playlist and you’ll hear his story. He was humble and kind, he said it best when he said nothing at all, he was the kind of friend a friend would like to have and never forgot his roots.

While others struggled with wearing a mask, or getting to go to the cottage, Terry’s biggest concern this past year was finding a way to have his family with him during the most difficult task he ever faced. With the help of true friends and neighbors, for whom we are eternally grateful, he did it with grace and dignity, and never complained.

Special thank you to Dr. Julie Gibb,  Dr. Indermohan Singh Sandhu, Dr. William Davies, Jessica Mahon and all of their amazing hospital and support staff for their guidance and compassion when we needed it most.

Terry was honoured in a private tribute, while “Don’t Blink” (one of his favourite songs) played in the background. Cremation has taken place.

If you wish to honour Terry, do something kind for your family, a friend, your neighbour, or even a stranger – because that’s what he would do. And most of all, remember – “Don’t blink”.

We will love you forever. 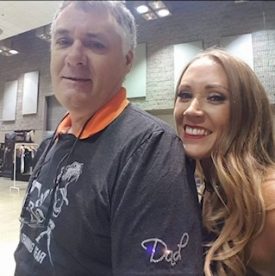 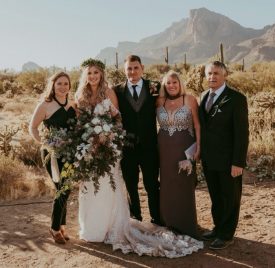 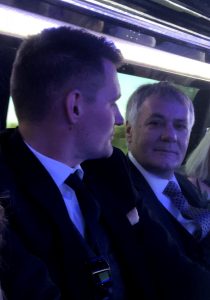