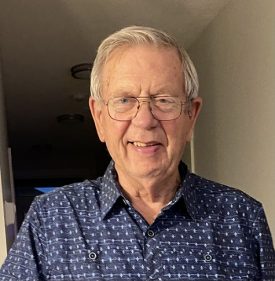 A public service will be held on Thursday, December 9 at 11 am at the Port Elgin United Church. For attendance, proof of double vaccination is required. The service will be recorded and available after. A private interment will take place following the service.

Thomas James Caley August 19, 1939 – December 4, 2021 Suddenly on December 4, 2021 Tom will lovingly be remembered by his children, Lianne and her husband Brad Page, and Jim and his wife Sue. His grandchildren, Josh and his fiancé Melissa, and Ryan will be entertained for years with memories of their beloved grandfather. He will be dearly missed by his sister-in- laws, Chelta Jean and Penny and his brothers-in-laws, Jack and his wife Alice, and Lyle and his wife Ann.

He will be greatly missed by his extended family and the large community of friends built during his 62 years of Bruce County farming.

Tom was predeceased by his wife of 61 years, Lorna. The love of his life left us so very recently and he followed her home. Tom was also predeceased by his parents, Philip and Jean Caley, his brothers Laverne and Roy, and his grandson, Brady.

Tom grew up in the farming community of Norwich. He was raised on a dairy farm milking cows twice a day and knew that wasn’t the life for him. He moved to a farm in Saugeen Township to grow tobacco at the tender age of 20. And brought his young wife here a year later. Tom was a very forward thinker and was constantly improving his farming practices and growing his business, a legacy he has passed to his son and grandson. His work ethic was amazing. And many farmers looked to him for advice and mentoring. His community involvement maybe wasn’t as obvious as Mom’s, but he was her support in all her endeavours. And as a result he was a Mason and a member of the Southport Chapter of the Eastern Star. Despite his hyper focus on farming and providing a livelihood for his family, Tom did take some time to travel by plane, boat and camper, but he couldn’t be kept away from the farm for long. He was a pilot and President of the Flying Farmers at one time. And a founding member of the Port Elgin Trail Drifters Snowmobile Club. We remember boating and water skiing, camping, snowmobiling and cookouts, trips to the cottage on the Manitoulin and at Tamarac, always with Lorna by his side.

We will treasure our memories.

The family would like to thank the attending Ambulance staff and the Emergency staff at the Southampton Hospital for their care.

Memorial donations to the Saugeen Memorial Hospital CT Scanner project or charity of your choice would be appreciated by the family.

A public service will be held on Thursday, December 9 at 11 am at the Port Elgin United Church. For attendance, proof of double vaccination is required. The service will be recorded and available after. A private interment will take place following the service. 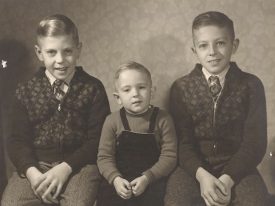 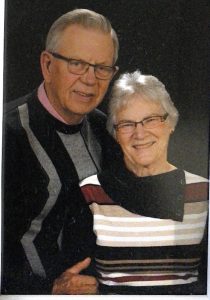