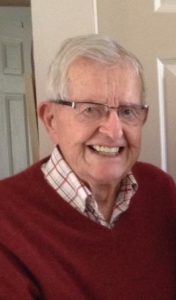 Bud was born and grew up in Pictou, Nova Scotia. He was the son of Harry Hogg and Marguerite Carson, and brother of the late Harold. Bud was the dear brother-in-law of Marian (Harold) Smith of Halifax.

Bud served in WW ll in the RCAF Marine Division, patrolling the waters around Vancouver Island. At the end of the war he returned to school attending Acadia, Dalhousie and graduated in 1958 with a PhD in Geology from McGill University. He shared his love of geology with Amanda and Michael. Bud and Jean would have celebrated their 70th anniversary on August 28th.

Bud had many interests throughout his life and especially loved being on the water sailing. Intensely curious about everything, he watched the stock market closely and took up folk art painting in his 80’s. He and Jean had many lifelong friends from their time in Noranda, North Bay, Toronto, Port Elgin and wintering in Siesta Key, FL.

A very special thanks to Dr Somerville and the VON team for their kindness and compassionate care. If so desired, a memorial donation may be made to the charity of your choice.

Bud’s life will be celebrated when family gather at a later date. He will always be loved and never forgotten. 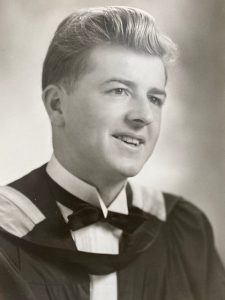 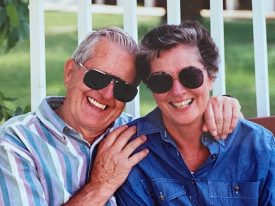